We read it all, so you don’t have to.

Originally published on our Medium.

First thing’s first. I am highly cynical about and hyper-critical of the streetwear industry in general. Maybe it’s because I’ve been a part of it for a decade and I’m bitter I never started a tee shirt brand or a re-selling shop. I have written for both Hypebeast and Highsnobiety for the last 10 years everywhere from the forums to the print magazines. That being said — this report is objectively good and I’m impressed by it. The data is solid. The methodology and choice to partner with a management consultancy was smart. The interviews with cultural tastemakers are going to be useful for anyone not familiar with the industry, and seem completely redundant for those who are.

Here’s a breakdown with my commentary. 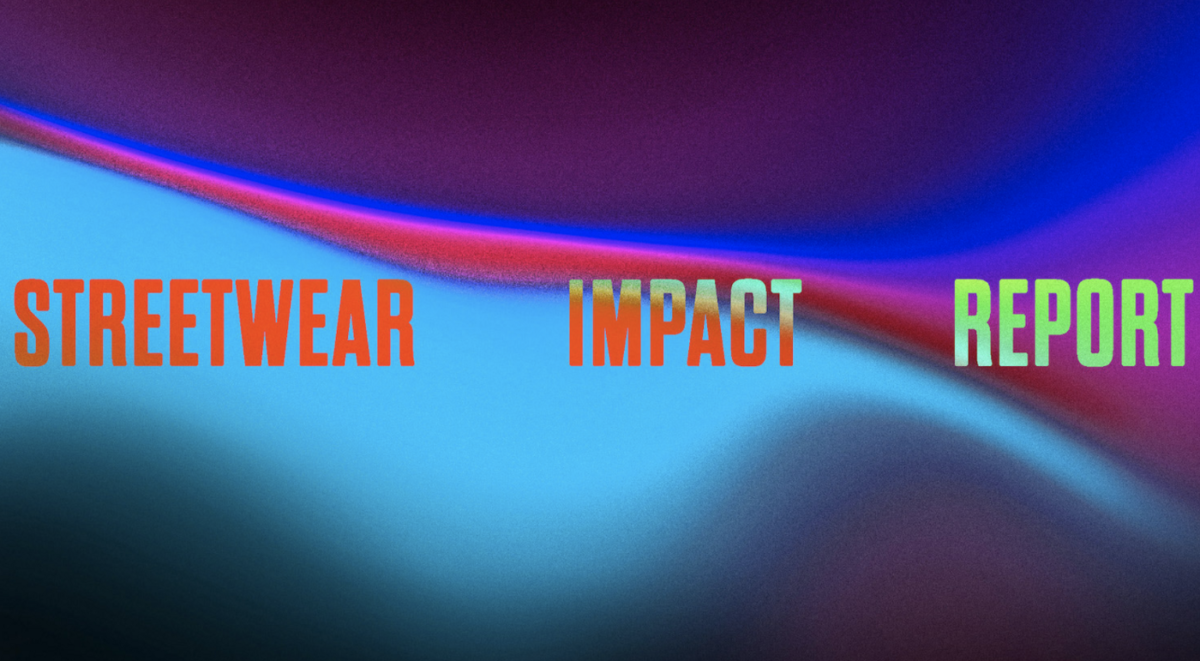 Setting the Stage — What Is Streetwear?

Hypebeast used its own readers — enticed with the carrot of winning a pair of horrendous co-sponsored sneakers from Versace — to gather the data for this report. It is therefore, off the bat, objectively skewed. Similar to Twitter-sponsored reports that survey Twitter users about whether they like Twitter more than Facebook — the context of the report itself is going to reinforce a lot of what Hypebeast wants to be reinforced — that streetwear is going to remain a huge trend and that the spending power behind it is so massive that advertisers should spend with them instead of other media partners. This is reasonable, and I would probably do the same thing if I were them — but it’s worth calling attention to.

The research is split into “consumer” and “industry” surveys. Overall they got over 40,000 Hypebeast readers to respond to various survey questions, which is a pretty good sample size. In terms of the “industry” section they supposedly surveyed over 700 “key players, companies and brands in the fashion industry.” It is hard to confirm who, exactly, they talked to here although my guess is those brands who participated in the giveaways to spur the consumer research were likely all involved (Rimowa, Versace, Nike, Off-White, etc.).

The report begins by attempting to define streetwear. This is probably the biggest mistake it makes. Although any academic research paper would do the same, Hypebeast’s decision to define streetwear as “T-shirts, hoodies and sneakers” that have an element of “exclusivity” to them ignores a near half-century of counterculture in skate, surf and hip-hop that is intrinsic to the DNA of the term. By defining streetwear as, essentially, hard-to-get casual clothing, Hypebeast pleases the fashion industry but certainly displeases those with a genuine knowledge of the authentic roots of the term. It also highlights men as a key market for streetwear, being previously “ignored” by the industry, when in reality men are shopping more across all categories of fashion, not just streetwear.

The survey concludes its definition of streetwear by saying: “Whether or not sneakers remain a hot trend misses the point; the mindset that is backing the rise of popular culture will persist.” This is absurd and untrue. Without sneakers, there is no streetwear. Let me be clear. Streetwear is sneakers. And streetwear is far from the first, and certainly will not be the last, fashion trend to force luxury houses to bend to the will of pop culture and subculture. The report continuously goes back to this — that streetwear is unique in that it forces institutions to confront culture — but this is patently untrue. Think greasers. Think punk. Think grunge. Think the current 1960s free-love tie-dye revival. There’s plenty of non-streetwear fashion trends rooted in youth culture. In fact, almost all of them were.

The survey leads with some enlightening insights that, at the same time, leave obvious strings un-pulled. For example, 66% of consumers surveyed put a premium on brand activism and 50% say they are “likely to quit a brand due to inappropriate behavior.” No examples are given. Nike, for example, after dealing with diversity and tax scandals, is now embroiled in accusations of forcing pregnant female athletes out of their contracts. I’d love to know if this has effected even one of the people who reported caring about brand activism in terms of their purchasing decisions. My guess is a resounding “Nah.”

In general this is my biggest qualm with the report. It states the data, and the data is interesting. But it doesn’t take the analytical steps forward to tell us what it all means or what we can and should do with it.

Strategy& should have done this, and I’m disappointed in their execution as a leading management consultancy and division of the corporate behemoth PwC. 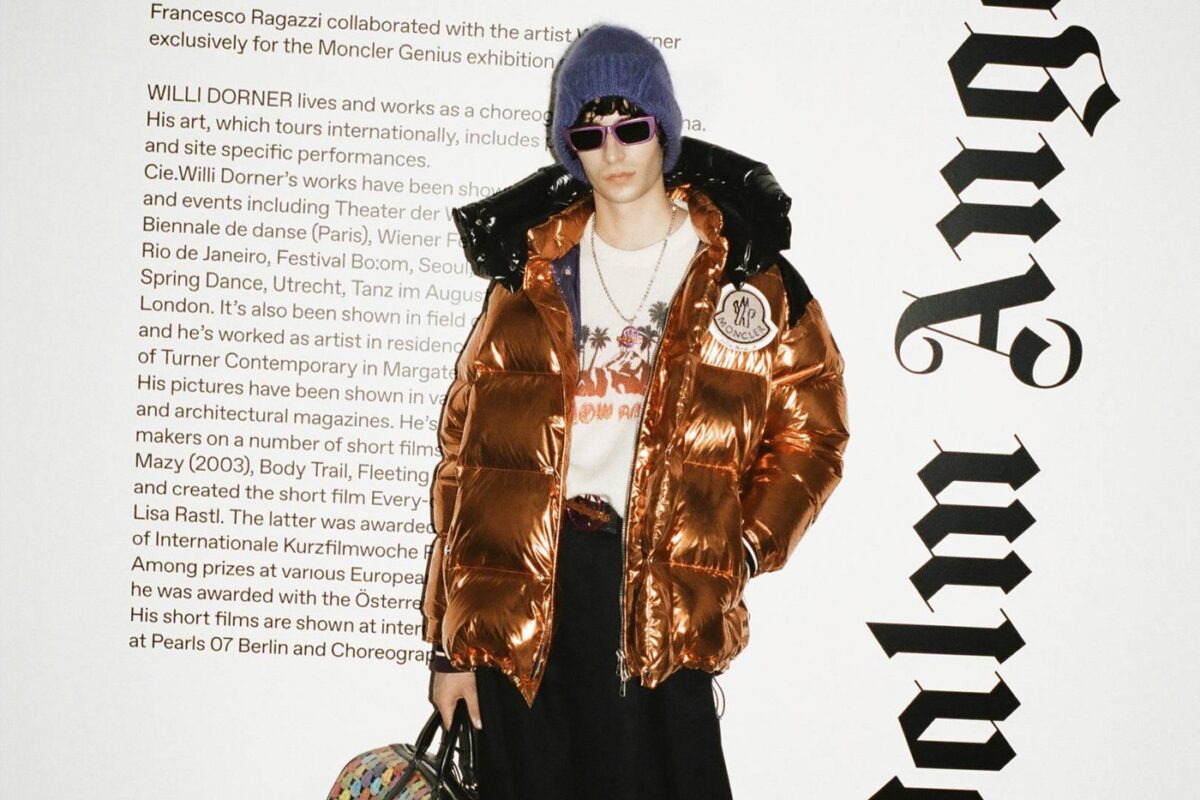 The survey chooses to break down consumers by their ethnicity which is…yeah, feels a little weird. Nonetheless, the demographic breakdown purports that:

“Asian” consumers buy streetwear more frequently from department stores.
Japanese consumers spend the most per product.
Korean + Chinese consumers reported the highest average monthly spend.
Asian respondents place “POLITICAL STATEMENT” as the most important reason why they wear streetwear while Western respondents cite “COMMUNITY.”
Ok. So…this last point in particular seems odd. What political statement is being made in China, a closed society, by wearing popular streetwear brands? I’d legitimately love to learn more about this. But instead of diving into it, the survey simply moves on.

An interesting piece of data is that “most (70%) consumer respondents like streetwear because it’s cool, while more than half (57%) consider comfortable clothes to be a key factor. Additionally, close to half (46%) place importance on exclusivity, while around a quarter value status symbol (27%) and community (24%).”

The survey goes on to state that the differentiators here between streetwear and other trends — because yes, of course, almost every fashion trend is driven by exclusivity and coolness — are comfort and community. In my mind, community is key here. Comfort can and will eventually go back out of style (as sad as that is to think about), but the community piece is driven by the internet’s role in galvanizing streetwear culture. From political movements to modern “Con” culture — the pilgrimage of online friendships to IRL experiences is the definitive element of youth culture today and one that has been instrumental in the rise of streetwear.

In the industry section of the report, 76% of respondents said they believed streetwear will continue to grow significantly over the next five years. This may be true, but it is no doubt driven by the fact that big brands and luxury labels alike have been late to the game. Seeing the amount of revenue that comes from high-margin items like tees, hoodies and sneakers — what “industry correspondent” wouldn’t want streetwear to continue to grow? They’re just beginning to wet their whistles.

Key among this must be department stores — almost all of which are desperately clinging on for relevance and financial health. Nordstrom is about $2.6B in debt. Neiman Marcus, which almost became insolvent last year, is over $4B in debt. Ownership in Barney’s New York has been traded like a fine cigar among billionaires and shady Middle Eastern sheiks for years now. Without streetwear, these companies would be out of business. Plain and simple. They’re just beginning to realize the opportunities in front of them, and they sure as hell don’t want the trend to end anytime soon. 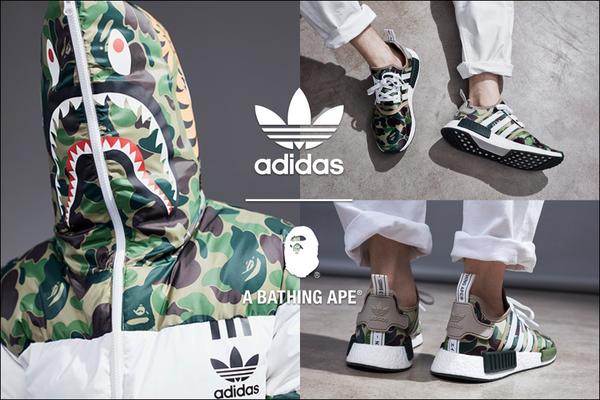 The Rest of the Ecosystem
Cohort

The report defines the current cohort of streetwear as one of 4: Original (with an accessible price point), Sportswear brands like adidas, Adopted brands which is an incredibly vague category that I imagine to them includes the likes of Zara and Luxury labels from Off-White to Vetements. Guess what this includes? Pretty much every brand in the world besides, I don’t know, Saville Row tailors and haute-couture gown-makers. Once again, a useful attempt to define an industry ends up too broad.

This section is at once useful and obvious. It breaks down to this:

About 50% or respondents spend $100-$500 a month on streetwear.
Over 60% report footwear as the product they’re most likely to buy. Once again, streetwear is sneakers).
Industry respondents report an even split between tees, hoodies and sneakers as their best selling products.
74% of respondents in North America and Europe reported streetwear products are always in style compared to only 54% of respondents in Asia.
The majority cite musicians and influencers (“industry insiders”) as their main sources of credible inspiration in streetwear.
80% of consumers cite hip-hop as the major influence for their taste in streetwear.
52% of respondents report buying in-store, with 41% buying via e-commerce.
In terms of the factors that are most important when buying streetwear, the respondents clearly ranked “availability” and “diversity of product” as highest-priority with “sense of community” and “data security” as the lowest.
Ok, so what’s the takeaway here? Well, it’s pretty simple — musicians, in this case rappers, are the most influential global trendsetters today. People spend a ton of their hard-earned money on streetwear that they can’t afford. And, despite all the virtue-signaling about values and community — modern consumers don’t really care about either. They just want the stuff. And they want it now.

Another set of fairly expected outcomes, this section included revelations like:

Surprise — most respondents (96%) prefer to discover brands and interact on Instagram compared to other social platforms, with YouTube coming in second.
“Social media” remains the top source of inspiration for shoppers, with the loosely-defined “on the street” coming in second.
Once again, respondents claim they care a lot about brand values and activism (70% say social issues are very important to them, with 47% saying it’s very likely they’d quit a brand due to inappropriate behavior of an executive or endorser).
At least they’re self-aware — 59% say influencers have a high or extremely high impact on their purchasing choices. 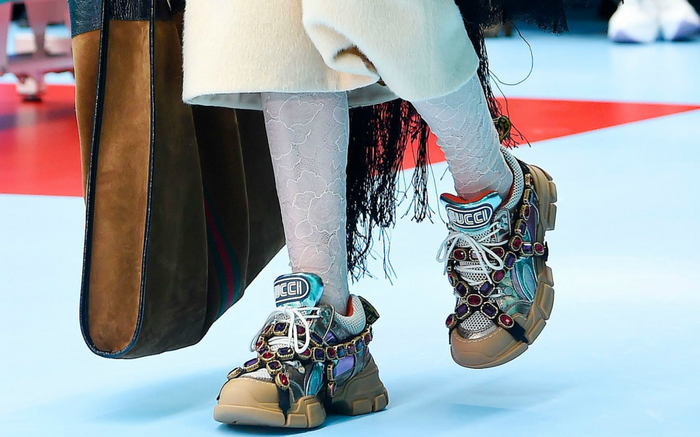 Interviews
The interviews — all of which are with men — are honestly fairly self-serving and banal. Hiroshi Fujiwara is above and beyond the most influential person included, and hearing him speak on streetwear in any context is useful for those trying to understand it, with StockX’s Josh Luber probably coming in second. Alexandre Arnault is clearly a savvy businessman, but his youthful desire to be cool overshadows any useful tidbits of his interview. Daniel Arsham is Daniel Arsham — but if you’re not familiar with him, it’s worth giving his piece a read.

You are using an outdated browser which can not show modern web content.